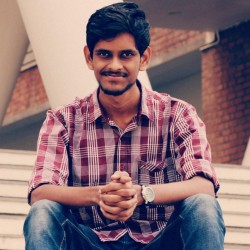 This post is about the experience we had with the omitempty JSON tag while constructing JSON in Golang. omitempty ignores the null value of datatypes. This could cause problems when the expected value for an attribute is the null value.

I started experiencing this problem when I was adding a new API. Our distribution platform archives movie content after N days. I was implementing an API that lists movies from the archives along with information like the size of each movie and the time taken for retrieving every movie from the archives.

This is the struct definition we use to list movies.

Let us consider that this API returns 2 movies of which the first movie is available immediately while the other movie is not present in the archives.

Ideally, for the first movie, the API should list all the properties. The API should only list the id property for the second movie since the system doesn’t have any information about the movie.

However, the response that we got was:

After discussing with the team, we decided to use the pointer type.

The fix is to use the pointer to the primitive type as the pointers have nil as the zero values.

On marshaling the above data, we get the following JSON:

And the problem was solved!

Using the pointers (whose zero values are nil) in place of the primitive types solves the problem.